Watch: Romero laughs at Man Utd’s Harry Maguire after his own goal 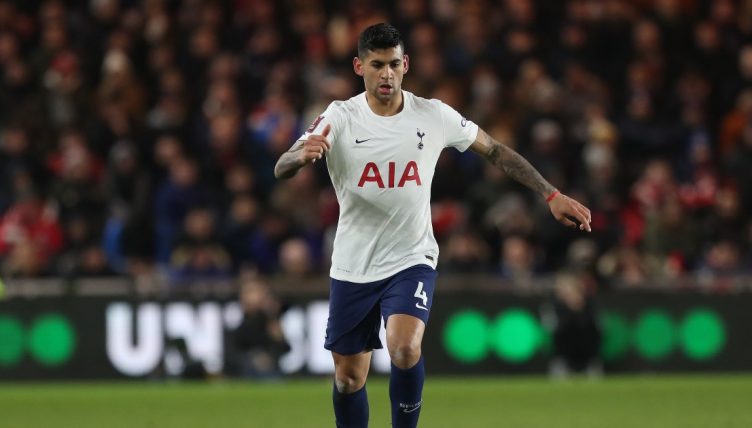 Maguire turned a cross into his own net in the 72nd minute to bring the match level at 2-2.

He had attempted to intercept a Sergio Reguilon cross but ended up poking it past De Gea instead.

Arguably the Manchester United captain had to commit himself to the ball as Romero was lurking behind him to tap the ball in.

Yet regardless of the fact he didn’t score, Romero was ecstatic about the equaliser.

He turned to face Maguire and bent down to laugh in the face of the English defender before running off to join his team in celebration.

It was the ninth own-goal that Spurs have benefited from this season, more than any other club.

Maguire has had a poor season fraught with mistakes along with questions over his captaincy and the own-goal will only add to the view that he does not deserve a starting spot.

He would have no doubt been relieved when Cristiano Ronaldo headed home soon after to restore Manchester United’s lead and finish off an incredible hat-trick.

The first was a screamer, set up by a brilliant flick from Fred, while the second was a simple tap-in following a cross from Jadon Sancho.

Then, in the 81st minute, he rose highest in the box from a corner to power home his header and give United a 3-2 victory.

The hat-trick means he has now scored 807 career goals, making him the highest ever goalscorer in men’s senior football.

The record previously belonged to Czech football Josef Bican, who scored 805 across his career.

Cristian Romero gave it to Harry Maguire after his own goal ☠️ pic.twitter.com/OWLPUTL1QU