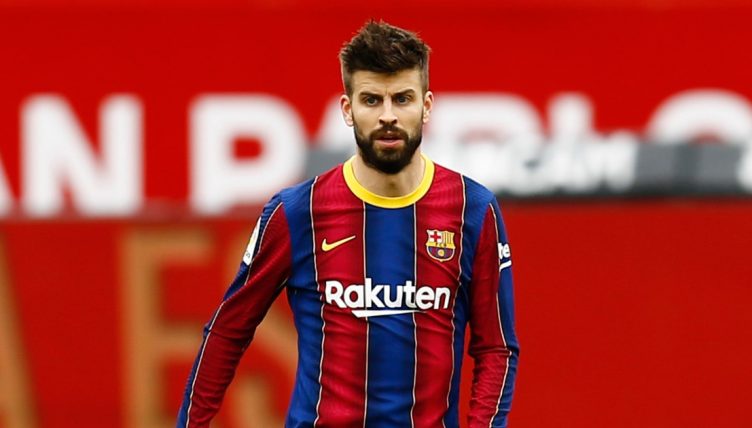 Barcelona came back from two goals behind on aggregate to take their Copa del Rey semi-final against Sevilla to extra time, but they left it late for their second.

After losing 2-0 in the first leg in Seville three weeks ago, Ousmane Dembele gave Ronald Koeman’s side the perfect start at the Camp Nou, getting them back into the tie with a screamer in the 12th-minute.

From there, Sevilla held on, staying one goal ahead on aggregate, right until the final minute of injury-time – having missed a golden opportunity to put the tie to bed after Lucas Ocampos saw a penalty saved by Marc-Andre Ter Stegen.

It was Gerard Pique, who had spoken in the build-up of the importance of turning this tie around to help kickstart their season, who got Barcelona back on level terms to take it to extra time, with a perfect headed effort down into the bottom corner.

There were wild scenes of celebration as Pique did a Steven Gerrard and celebrated down the lens of the camera, while you could see how much it meant to Koeman on the touchline.

Barca are level in this tie and we're going to extra time! pic.twitter.com/VgxmjChzrH

And just look at what it means to Ronald Koeman! 👏 pic.twitter.com/upKFyqrwE6