Watch: Ronaldinho busts out the old skills ahead of Barca legends match 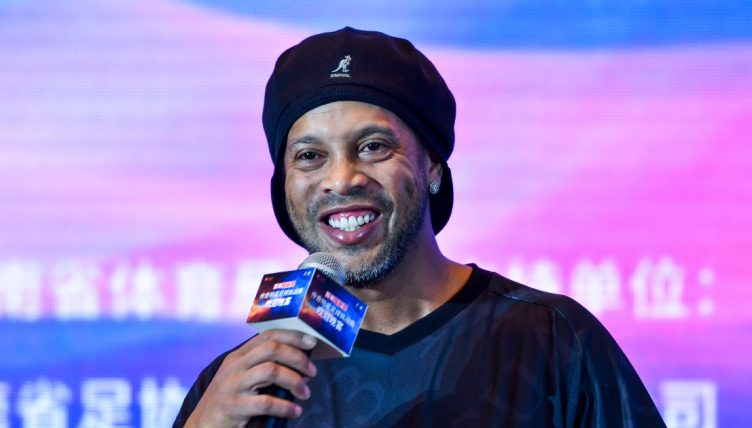 It’s six years since Ronaldinho played football at a professional level, and well over a decade since he was at his spellbinding best, but he demonstrated he’ll never quite lose it ahead of a recent Barcelona legends match.

The mercurial Brazilian was famously not the most dedicated trainer, but he possessed spellbinding skill and technical ability – which he demonstrated he’s never lost with some kick-ups before flicking it up to balance the ball on his forehead in the warm-up.

Featuring in an El Clasico with a twist against a Real Madrid legends side, Ronaldinho did his best to keep the fans entertained in Tel Aviv, Israel.

He scored from the penalty spot in the match, but it was ultimately not enough as a veteran Los Blancos side – featuring the likes of Roberto Carlos and Luis Figo – ran out 3-2 winners.

The 41-year-old, who won the Ballon d’Or whilst he was a Barcelona player back in 2005, also had his say on his former club’s financial difficulties and difficulty with registering star man Lionel Messi to a new contract.

“He must stay, he is the history of Barca,” Ronaldinho told TuttoMercatoWeb. “When Messi retires, which I hope will be in a long time, he can leave the No 10 there and nobody will touch it again.”