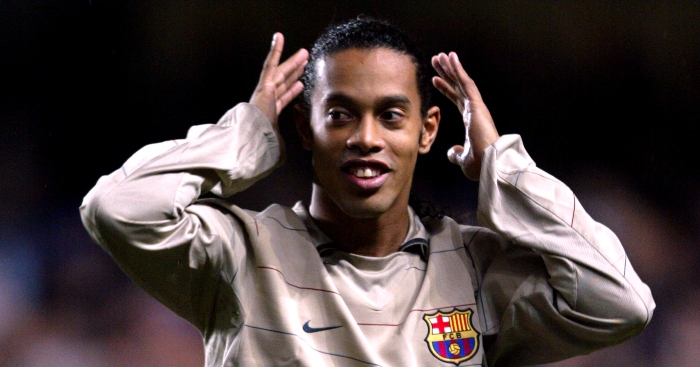 The Coronavirus may have postponed most sporting events – but Ronaldinho has still been able to play football this weekend, albeit in an unfamiliar setting.

Ronaldinho, who played for Barcelona, AC Milan and PSG, was arrested in Paraguay alongside his brother earlier this week after they allegedly used fake passports to enter the country.

The pair were hauled to court where a judge decided to remand them in prison while an investigation into the incident continues.

Despite this, the World Cup winner could find solace in football to pass the time in jail, as he was invited to play a game by other inmates.

The 39-year-old was considered one of the most gifted footballers of his generation and his class unsurprisingly prevailed, scoring five and adding six assists as his side won 11-2.

Watch some of the footage below.

🇧🇷 The first picture of Ronaldinho playing football in a Paraguayan jail has been released. I still can't believe it. His team won the game 11-2. Ronaldinho scored 5 goals & assisted 6.

Seven footballers who have had bizarre brushes with the law: Marquez, Bravo…

The last goodbye: When a 33-year-old Ronaldinho conquered South America