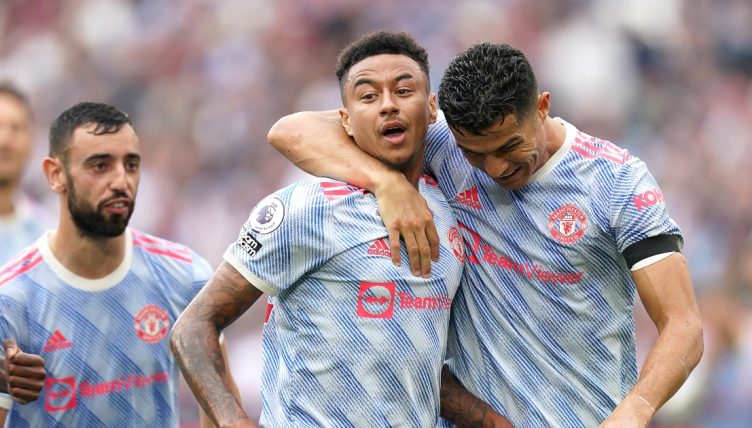 Jesse Lingard returned to West Ham and scored a sensational late winner for Manchester United – and celebrated with the away support on the behest of Cristiano Ronaldo and Bruno Fernandes.

Lingard endured a prolonged spell out of the United team before revitalising his career in east London last season.

Many expected the England international to join West Ham permanently after scoring nine goals and four assists but the midfielder decided to stay at Old Trafford – and ended up scoring a sensational goal against his former club.

With a tightly-fought game edging towards a draw, Lingard shifted the ball away from Kurt Zouma and blasted a glorious drive to make the score 2-1.

As Lingard opted for a muted celebration, United team-mates Ronaldo and Fernandes urged a sheepish Lingard to celebrate in front of the travelling United fans.

After the game, Lingard told Sky Sports: “I’m over the moon. I got a brilliant reception when I came on. I had a good time at West Ham but I’ve gotta move on and do my best for Man United.

“I’ve been working hard, and to overcome last week wasn’t easy. To get some minutes today and score was brilliant. Mistakes happen in football.

“That’s one of the only mistakes I’ve probably made in my career but you need to bounce back and that’s what we did today.”

By far the greatest atonement we could have ever asked for #WHUMUN pic.twitter.com/mfXuMOYRr8