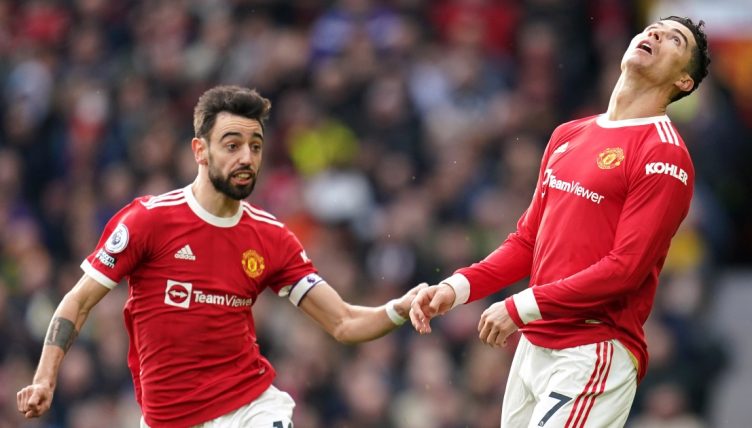 United dropped two vital points in their race for a top-four finish after Roy Hodgson’s relegation-battling Hornets rode their luck somewhat to hold out for a clean sheet at Old Trafford.

Portugal team-mates Fernandes and Ronaldo – United’s joint top goalscorers in the Premier League this season with nine goals apiece – each spurned good opportunities to score, with their afternoon summed up by Ronaldo getting in the way of a goalbound Bruno shot.

“In the first half, I think there were five massive chances and in the second half we had more, so in total we had enough chances to win the game. We can hardly create more chances than we did today. It is a very frustrating afternoon,” Ralf Rangnick told reporters after the match.

“Sometimes we were unlucky, with that moment when Cristiano hit the post, but we also had a few opportunities one on one with the goalkeeper. This is not luck, this is just a question of sharpness and efficiency to be clinical.”

The manager’s words are reflected in the stats: United created 2.53xG while failing to score.

To put that in context, their top-four rivals Tottenham scored four goals against Leeds earlier in the afternoon after registering 2.14xG against Leeds.

Based on the expression of United’s main two goalscorers after the match, they knew they’d missed golden chances.