Watch: Ronaldo gives his shirt to a young, tearful fan after WC qualifier 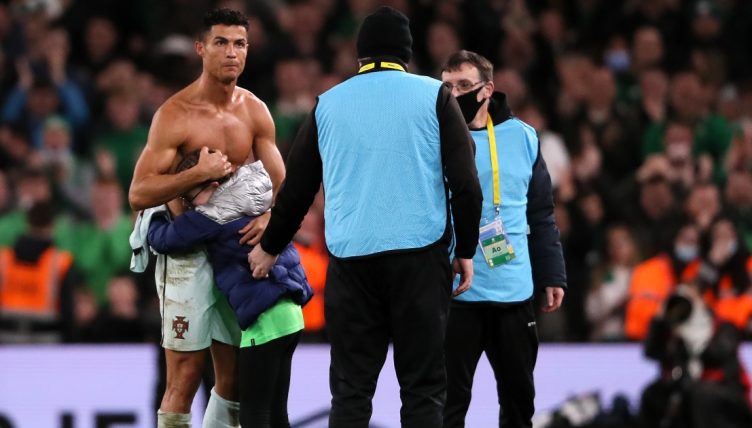 Cristiano Ronaldo was left frustrated by Portugal’s inability to overcome a stubborn Republic of Ireland side during their World Cup qualifier – but that didn’t stop the Manchester United man from escaping the attentions of one determined young fan.

Ronaldo entered the match in Dublin looking to add to his 115 international goals but the goalless draw extended his international drought to two whole matches and means Portugal face a winner takes all qualifier against Serbia on Sunday.

After the game finished, one young fan breached security and made her way onto the pitch to greet the 36-year-old, holding back the tears as she edged closer to him.

Although security initially tried to stop her, Ronaldo was comfortable enough to give the young supporter a hug and also gifted her his match shirt.

The youngster looked delighted as she left the field with the souvenir and proudly posed for photographs holding it afterwards.

Cristiano Ronaldo gives his shirt to a young emotional fan who invades the pitch at full-time 👏 💚 pic.twitter.com/mvLorZttPP