Watch: Ronaldo nods in another goal but loses ground on title 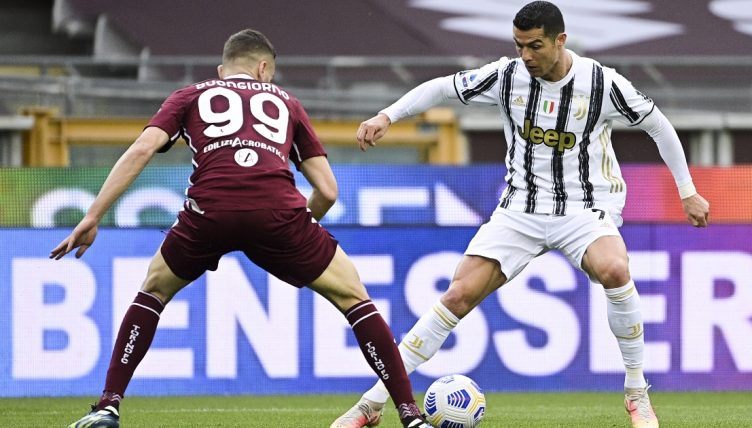 Juventus slipped up again in the race for the Serie A title but Cristiano Ronaldo did his utmost to change things as the Old Lady drew 2-2 with local rivals Torino.

Fernando Chiesa opened the scoring for the visitors early on but a brace from Antonion Sanabria, one either side of half-time, flipped the game on its head.

Torino continued to frustrate their neighbours throughout the second half and for a while, it looked like Juve would be defeated.

When you have Ronaldo, however, it is not over until it is over, and the Portuguese harnessed all his attacking instincts to nod home a header 11 minutes from time.

It took his tally with Juventus to 76 but the result left Andrea Pirlo’s men nine points behind league leaders Inter Milan, who boast a game in hand over those below them.

The more pressing issue may now be keeping their Champions League status in tact. Napoli currently sit one place behind them in fifth and only trail Juve by one goal.

Can you name every club to knock Juve out of the Champions League since ’96?