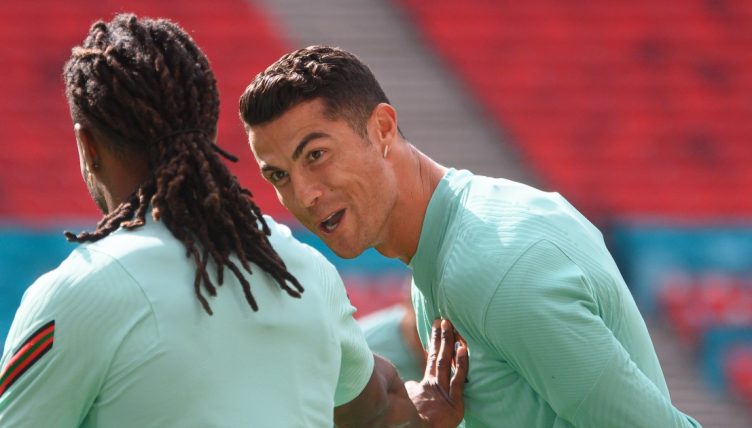 Juventus forward Cristiano Ronaldo was in a playful mood ahead of Portugal’s Euros opener against Hungary, but you can’t imagine UEFA will have been pleased to see him jokingly criticise one of their biggest sponsors.

Speaking to the media alongside head coach Fernando Santos, Ronaldo didn’t look best pleased about the bottles of Coca-Cola on his table for the press conference.

Picking up the glass bottles and moving them out of shot, the former Manchester United star picked up a bottle of water and advised “drink water” instead.

Still going strong at the age of 36, there’s speculation about the legendary goalscorer’s future as he approaches the final year of his contract at Juventus. But even in a disappointing year in which his club finished 4th, he still finished Serie A’s top goalscorer with 29 goals.