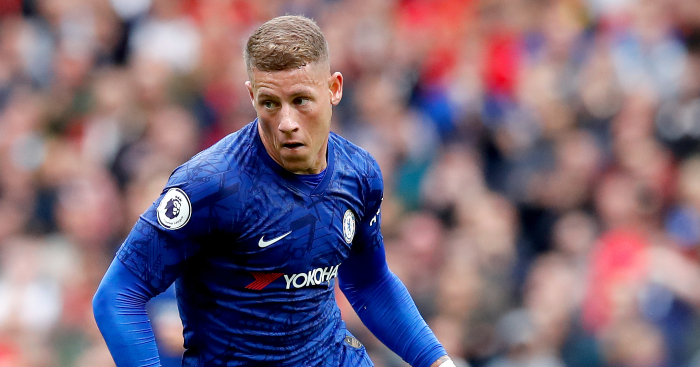 Ross Barkley was thrust into Chelsea‘s starting XI to face Norwich City on short notice on Saturday – and the midfielder went on to catch the eye with one moment in particular in the 3-2 victory over the Canaries at Carrow Road.

An injury sustained to Pedro in the warm-up saw Barkley promoted from the bench to Frank Lampard’s starting XI.

A brace from Tammy Abraham plus Mason Mount’s strike saw Chelsea survive a scare against newly-promoted Norwich, who went into the break with the score at 2-2 thanks to goals from Todd Cantwell and Teemu Pukki.

But the Blues picked up their first three points of the season thanks to Abraham’s second-half effort, much to the relief of Lampard and their supporters.

Just prior to Abraham’s winner, Barkley set tongues wagging with a mazy dribble, cutting in from the left wing past five Norwich defenders to tee up a team-mate.