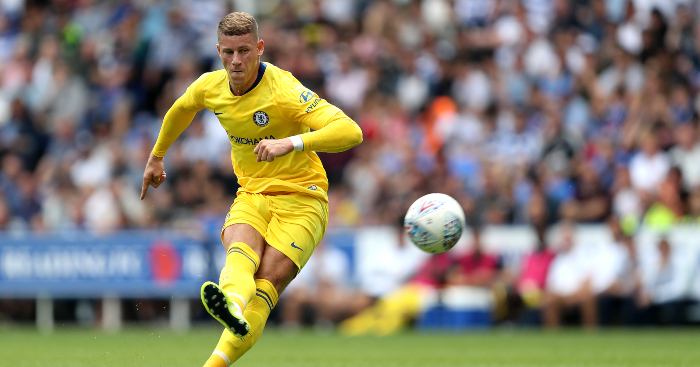 Ross Barkley scored again in pre-season as the midfielder converted a sensational free-kick in Chelsea‘s trip to Reading.

Last season, his first full campaign at Chelsea, Barkley caught the eye on occasion but struggled for consistency under Maurizio Sarri.

The former Everton man now has the chance to nail down a place under new boss Frank Lampard with Ruben Loftus-Cheek set to miss the start of the season due to injury.

After scoring what turned out to be the winner against Barcelona last week with a tidy strike from the edge of the box, Barkley made it two goals in two games with a stunning free-kick against Reading, cancelling out Josh Barrett’s opener for the Championship outfit.