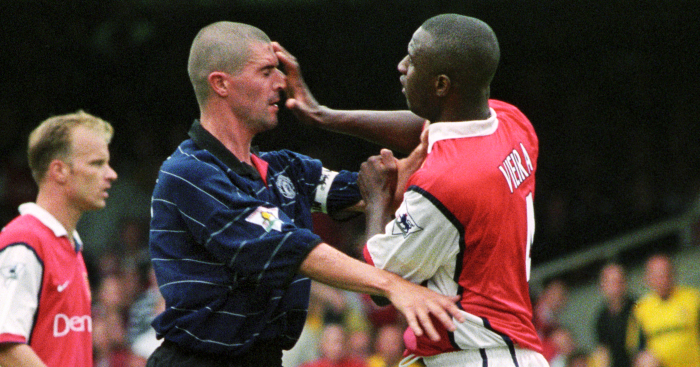 Keane and Vieira infamously clashed in the tunnel prior to the game, one of the numerous fiery moments between the two players, with Vieira proving one of the few people brave enough to stand up to the Manchester United midfielder.

Working as a pundit for Sky Sports ahead of Arsenal’s visit to Old Trafford, Keane revisited the chaotic scenes and jokingly – or perhaps half-jokingly – blamed Neville for the incident.

The most eye-catching comment by Keane was his insistence that, “I am quite a placid guy, I really am.” Somehow, we don’t quite believe that, Roy.

Having said that, we probably wouldn’t say that to your face.

🗣"It was Gary's fault, I am quite a placid guy, but if you cross that line with me I will react to it" 😭