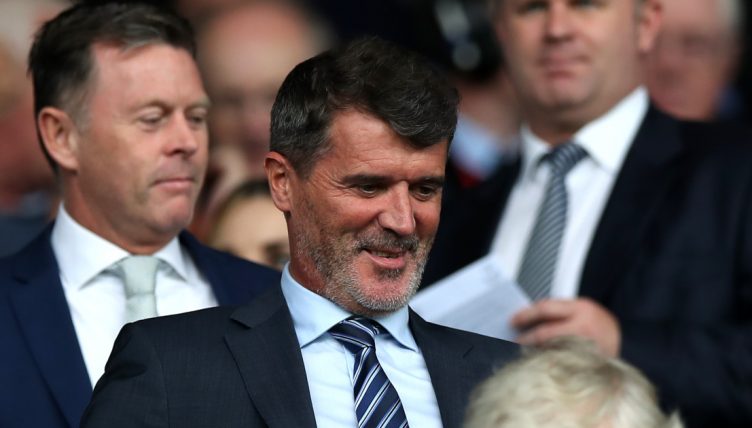 Former Manchester United captain Roy Keane made a hilarious joke whilst on punditry duty for Liverpool’s 3-1 win over Crystal Palace.

Keane, who now works for Sky Sports, was analysing a chance Crystal Palace had towards the end of the first half that resulted from a Liverpool mistake.

Joel Matip attempted to play the ball across his own box to his centre-back partner Virgil van Dijk, who had scored the Reds’ opener from a corner.

Van Dijk was caught in two minds on how to handle Matip’s poor pass and Palace’s Michael Olise latched onto the ball before Allison saved the resulting shot.

“It was so easy for them, but that’s the danger,” Keane said. “[It was] given away cheaply… I’m a bit wary of saying they’ve got sloppy in case Klopp comes after me!”

The joke caused Jamie Redknapp and Jimmy Floyd Hasselbank to break out in laughter.

Keane and Klopp have clashed previously over similar comments.

“Did I hear right that Mr. Keane said we had a sloppy performance tonight?” the German said.

“That’s an incredible description of this game, that was absolutely exceptional. Nothing was sloppy, absolutely nothing.”

Liverpool’s win over Palace means they have cut the gap on Premier League leaders Manchester City to nine points and still have a game in hand over the current Champions.

"I'm a bit wary of saying they've gone sloppy in case Klopp comes after me." 🤣

Liverpool were lucky not to concede in the last 10 minutes of the first half 👀 pic.twitter.com/0Lf330MEMp