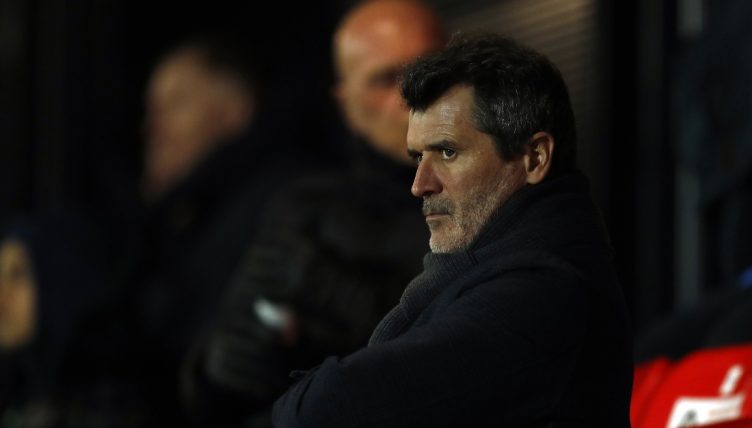 Roy Keane went on a halftime rant about the state of Manchester United‘s defending as they conceded two in the first half of the Manchester derby.

Keane was visibly angry at the defensive performance from the Red Devils.

“These are international footballers,” he said on Sky Sports.

“I just can’t understand it. I give up.

“They’ve been like this all season, giving up chances.”

Keane was a long-time captain at Old Trafford where he won several Premier League titles and was a crucial part of their 1998-99 treble-winning side. The Irishman said he feared what would happen in the second half.

“Unless Manchester United do something drastic, it will be another four or five.”

Manchester United manager Ole Gunnar Solskjaer is under pressure after a string of bad results, including a 5-0 home thumping to arch-rivals Liverpool.