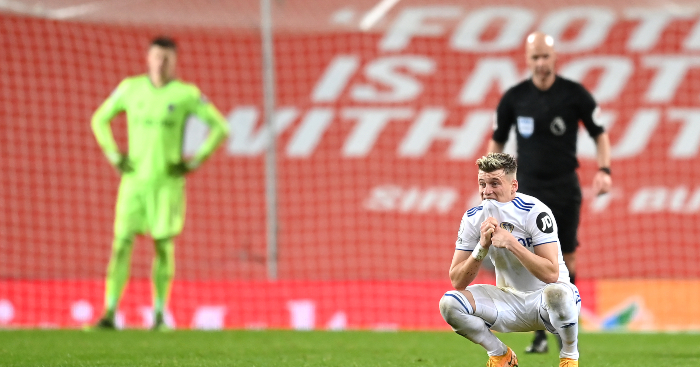 Roy Keane did not hold back in his opinion of where Leeds United rank in terms of their fierce rivalry with Manchester United ahead of their first Premier League clash in 16 years on Sunday, yet the former Red Devils hero was full of praise for Marcelo Bielsa’s side despite their 6-2 defeat at Old Trafford.

Speaking ahead of Leeds’ first trip to Old Trafford since their famous FA Cup victory in 2010, Keane described their fans as “silly” for believing the Peacocks are as big a club as Manchester United.

Leeds supporters could be excused for feeling silly after watching Scott McTominay score twice inside the opening three minutes, with their misery compounded by further goals from Bruno Fernandes, Victor Lindelof, Daniel James and a Fernandes penalty.

Despite trailing 4-1 at half-time, Keane actually praised Leeds’ bravery at the break and was surprisingly full of praise at full-time, explaining on Sky Sports why he thinks Bielsa’s style of play is “brilliant” and tipped his former foes to comfortably avoid relegation.

Roy Keane is a fan of the Marcelo Bielsa's style of play pic.twitter.com/P9nX1rKT4U

Can you name the 20 players with the most red cards in Prem history?