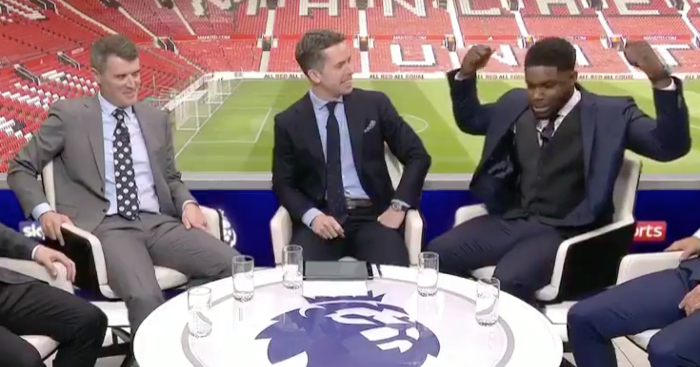 Roy Keane took umbrage with Micah Richards’ suggestion he “burst on to the scene” as a young defender ahead of Manchester United‘s victory over Manchester City at Old Trafford on Sunday.

Goals from Anthony Martial and Scott McTominay secured a 2-0 win for United in an absorbing Manchester derby, and Keane once again ensured the entertainment in the Sky studio matched that on the pitch.

Keane poured scorn on Richards’ assessment of his own career as a promising youngster, with the former England international holding his own with the ex-United captain.

Both Keane and Richards saw the funny side during the ad break as they both made jokes about the situation.

The aftermath during the ad break of @MicahRichards and Roy Keane's "burst onto the scene" clash! 😂 pic.twitter.com/TsvbOUtelY