Watch: Roy Keane jokes about how much Man Utd legends would be worth 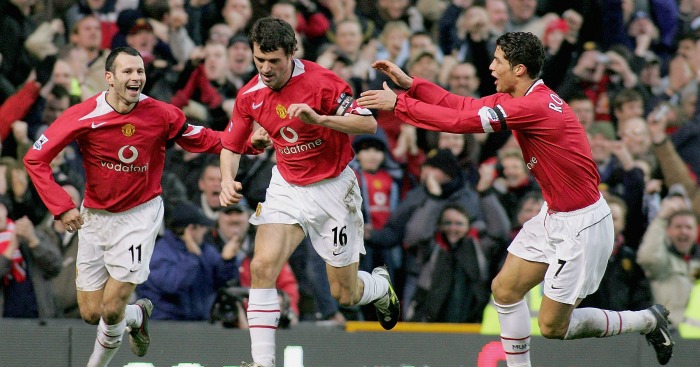 Roy Keane may be one of the most intimidating interviewees around, but he showed a sense of humour while joking with reporters over how much his former Manchester United team-mates would be worth in today’s transfer market.

The Republic of Ireland assistant was asked to give his opinion on the inflated transfer fees being thrown around by Premier League clubs this summer.

The former Manchester United captain described the valuations as “mind-boggling” but was eager to stress the players aren’t to blame.

And the 46-year-old went on to raise a few smiles after being asked how much his former team-mates such as Ruud Van Nistelrooy and Ryan Giggs would be worth today.