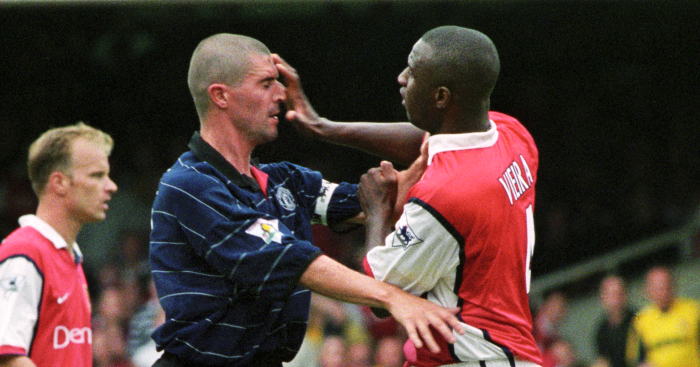 Roy Keane and Patrick Vieira were famously great rivals while plying their trade for Manchester United and Arsenal, respectively, but the duo could have formed a formidable midfield partnership at Old Trafford.

Keane and Vieira clashed on numerous occasions when United and Arsenal were at the height of their rivalry in the late 1990s and early 200s, with both players acting as talismanic captains for their clubs.

At one stage Vieira was linked with a move to Old Trafford, but a transfer failed to materialise and Premier League midfields could breathe a sigh of relief.

Ahead of United’s clash with Arsenal on Monday night, Keane was asked on Sky Sports about United’s reported interest in the Frenchman, and responded in the most Roy Keane way possible.

"He would have had to be a squad player and I don't think he'd have been satisfied with that!"

What do you think? 👇 pic.twitter.com/ZOLF2Sg2Nf