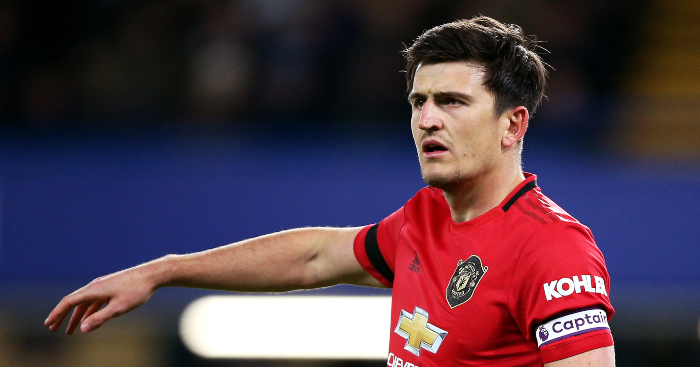 Harry Maguire was in the thick of the action for Manchester United during their 2-0 win at Chelsea on Monday night.

Having taken over as club captain following the sale of Ashley Young to Inter, Maguire scored his first Premier League goal for United with a thumping header to make it 2-0 after Anthony Martial had given the visitors the lead in the first half.

But Chelsea were aggrieved that Maguire was still on the pitch after the centre-back appeared to…well, he kicked Michy Batshuayi in the b*llocks, basically.

The duo came together in a challenge in front of the Chelsea dugout, after which the England international appeared to have a second go at Batshuayi in a challenge similar to Son Heung-min’s red card in Tottenham’s clash with Chelsea earlier in the season.

Despite VAR checking the incident, which you can watch below, Maguire escaped without any further punishment.

Roy Keane and Jamie Carragher discussed the challenge in the Sky Studios, with the former Manchester United captain suggesting Maguire escaped thanks to his “personality”.

"It's a red card. His personality has helped him" 🟥