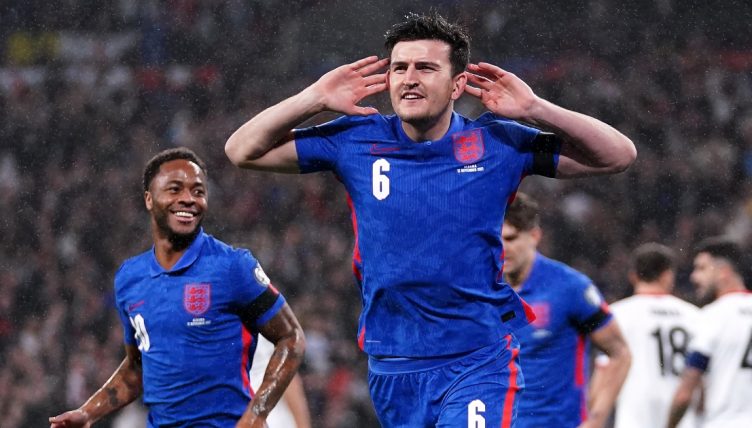 Roy Keane lashed out at Harry Maguire’s “embarrassing” goal celebration after he opened the scoring for England against Albania.

Maguire has endured a difficult start to the season at club level, keeping just two clean sheets in 13 appearances for Manchester United.

The centre-back was still named in the starting Xl against Albania and nodded home the opening goal from Reece James’ cross. He then appeared to hit back at his critics by sliding on his knees and cupping his hands behind his ears.

But Keane, along with other ITV pundits Ian Wright and Jermaine Defoe, blasted Maguire’s celebration during the interval.

“When a player scores and puts his hands to his ears he’s like shutting the critics up, but I think that’s embarrassing, he’s been a disgrace to Man United,” Keane said. “He thinks he scores there he’s shut his critics up, embarrassing.”

Maguire was also criticised by Keane earlier in the season for his “robotic” interview after United’s 5-0 defeat to Liverpool.