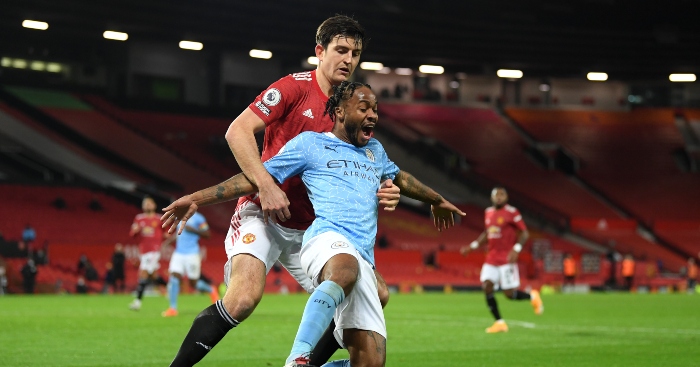 Roy Keane was clearly disappointed with how the Manchester derby played out, and the former Manchester United midfielder won’t be the only one.

When Manchester City meet the Red Devils, the minimum expectation is that we see plenty of commitment to try to win the football game, while there is plenty of hope for quality to be shown considering the calibre of players involved.

The former Republic of Ireland international wasn’t just annoyed at what he had seen during the 90 minutes though, as he was displeased by how friendly the two teams were after the final whistle.

John Stones and Harry Maguire were two of the main players who were conversing and laughing on the pitch, having previously played together for the England national team.

Keane isn’t interested in seeing any of that though, he just wants two talented sets of players to do everything they can to earn three points for their club.

We’re all for being nice to each other, but we’re with Keane on this if it means we’ll actually get some action during a Manchester derby. We definitely don’t want to sit through a game like that ever again.

🗣"Really poor, we got 2 booking in a derby game, I have never seen so many hugs and chats, I don't get it" 🤣

Roy Keane was shocked about the Manchester Derby today between both teams pic.twitter.com/PkzRxPBe32