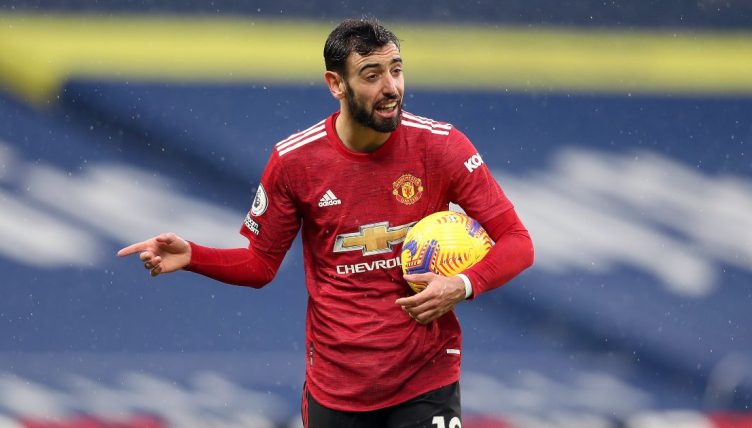 Roy Keane has accused Bruno Fernandes of behaving like a baby for trying to defend his recent Manchester United performances.

After registering just one goal and no assists against the so called ‘big six’ this season, Fernandes has been criticised for not performing in key games.

“I don’t know what people are talking about when they say top six teams because I scored and assisted goals against them,” Fernandes recently told Sky Sports. “I scored against Tottenham but people say penalties don’t count.

“I agree in the last two games (against top six teams) I didn’t play really well and I don’t need to see the stats.

“I know when I play well or not. Sometimes I am a little bit sad about people who know about football saying so many things I don’t agree with. It’s sad to see some people saying stuff about the team, my team-mates and about me.”

Speaking ahead of United’s clash against Manchester City, Keane branded the interview ‘nonsense’ and said that the Portugal international needs to accept the criticism until he starts producing in those big games.