Watch: Roy Keane warns Solskjaer ‘the honeymoon period is over’ at Man Utd 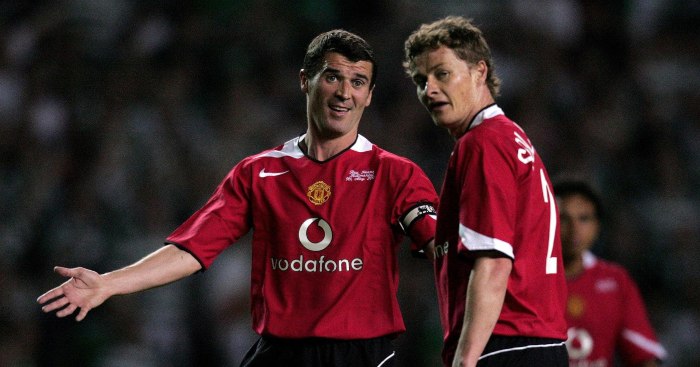 Roy Keane has warned his former Manchester United team-mate Ole Gunnar Solskjaer that he faces the sack at Old Trafford if the club fails to make the top four this season.

United have started the season sluggishly, losing to Crystal Palace in their opening Premier League fixture before requiring a 110th-minute Bruno Fernandes penalty to beat Brighton.

While their rivals for the top four, most notably Chelsea, have strengthened their squads, United have so far failed in their high-profile pursuit of Jadon Sancho, with Donny van de Beek remaining their only signing despite obvious problems in defence.

Speaking on Sky Sports before he shat out of a confrontation with Jurgen Klopp, Keane was asked about what the Red Devils should be targeting in 2020-21 and warned Solskjaer that they must improve on last season, when they finished third in the Premier League and were beaten in three semi-finals.

“The points total cannot be the same as it’s been for the last three or four years,” he said. “I think Ole will perhaps have to get his hands on a trophy. The honeymoon period is certainly over for Ole.”