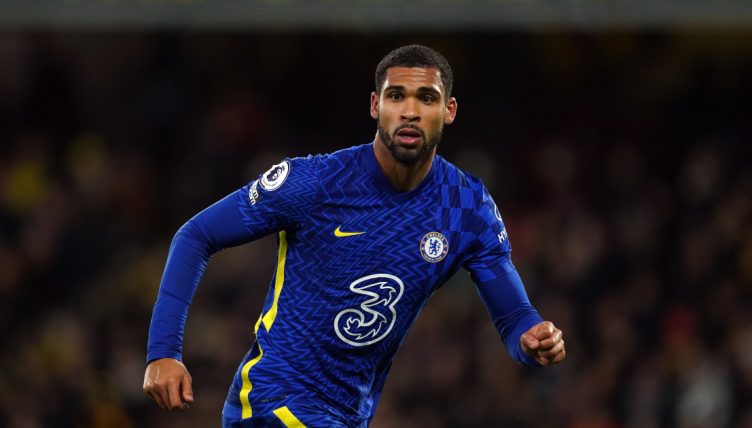 Chelsea’s Ruben Loftus-Cheek has agreed to celebrate his next goal with a Peekaboo dance but admitted he doesn’t know when that will come as he sat down with YouTube sensations Chunkz and Callux on the UMM Channel for a game of Protect the Goat.

Loftus-Cheek has been finding his place back with the Chelsea squad after a loan last year with fellow London side Fulham and started the Blues’ recent match against Manchester United.

He was joined by Ashley Cole as they teamed up with Chunkz and went head-to-head with Callux, Bukayo Saka and Arsenal legend Ray Parlour.

The two teams competed in some Call of Duty: Vanguard on the UMM channel and when much was made of Loftus-Cheek’s ‘camping’ it was joked that he should celebrate his next goal in a ‘peekaboo’ style.

Loftus-Cheek responded by saying, “I’m not sure when that [goal] is [going to happen]!”

To get Saka up and ready for the matchup, Parlour revealed to the young Arsenal man what the team used to say before every match of the Arsenal Invincibles season.

“What did you used to say?” Saka asked Parlour.

“No regrets boys, come on … you hear that, yeah?” Saka said to his teammates to get them ready for the DeathMatch.

Protect the GOAT is a three vs three grudge match with a twist. One YouTuber, one Premier League Player, and one club legend (GOAT) play three rounds of Call of Duty DeathMatch. Whenever a GOAT is eliminated, the successful team receives 5 additional points.

The two teams went through a tough battle for the UMM YouTube channel, where you can see this full show and other similar content.