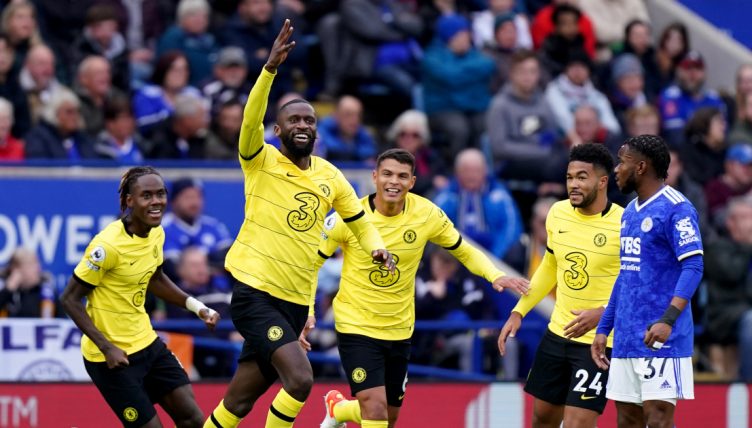 Rudiger put the London side ahead at the King Power Stadium with a glancing header from a Ben Chilwell corner, breaking the deadlock only 13 minutes into the game after Chelsea had dominated the opening period of the match.

In the celebrations, Rudiger seems to be bizarrely biting at James’ head and hair.

The German centre back was a crucial part of Chelsea’s Champions League triumph last season and has been revitalised under Thomas Tuchel.

He has been the subject of interest from Bayern Munich and PSG as his contract expires at the end of the season and a new one has not yet been agreed.

A 3-0 victory over Leicester, with further goals from N’Golo Kante and Christian Pulisic, means Chelsea remain on top of the Premier League table with a six-point lead over Manchester City and West Ham.

The centre-back has given Chelsea the lead at the King Power!

Nothing Kasper Schmeichel could do there… pic.twitter.com/s0HpOmqzWk