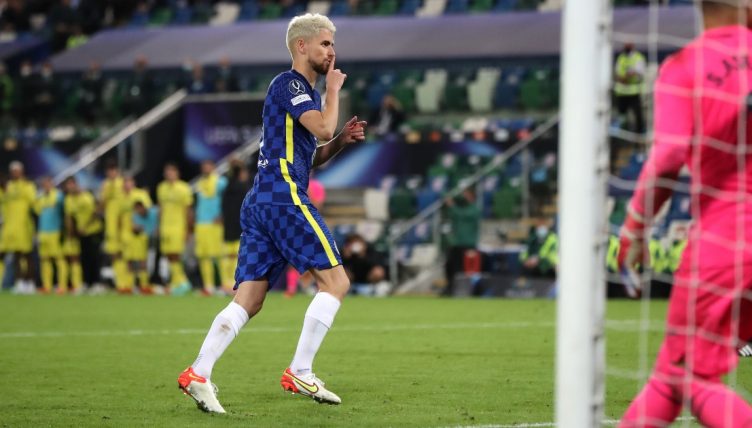 Chelsea secured another piece of silverware on Wednesday night as they beat Villarreal on penalties in their Super Cup clash in Belfast. There were jubilant scenes in the dressing room after as Jorginho and Antonio Rudiger had a bit of a dance-off.

Hakim Ziyech fired Thomas Tuchel’s side into the lead in the 27th minute, turning a Kai Havertz cutback past Sergio Asenjo. But the night would end in a worrying manner for the Moroccan, substituted before half-time with a shoulder injury.

After Gerard Moreno equalised in the second half, the game was settled on penalties. Kepa Arrizabalaga replaced Edouard Mendy late in extra time in a planned move and the Spaniard was the hero, saving two spot-kicks to ensure it was Chelsea whose name adorned another trophy.

Both Jorginho and Rudiger slotted their penalties in assured style and the pair were in the mood to celebrate back in the dressing room, taking part in a dance-off in the middle of the floor.

Take a look at the clip below. Strictly in the offing?