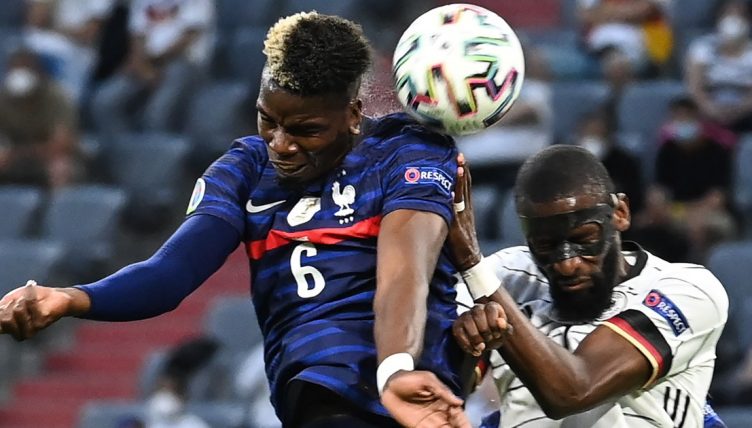 Antonio Rudiger appeared to take a bite of Paul Pogba’s shoulder during the first half of France and Germany’s opening game in Euro 2020.

Just before the interval, the Chelsea defender walked up behind Pogba while the ball was out of play. He then pushed Pogba with his chest before having a nibble of the Manchester United midfielder’s shoulder.

It was hard to tell just how much, well, bite there was in the bite, but Pogba clearly felt it as he screamed and remonstrated to the nearest official as Rudiger gently caressed his pecs.

It is not, of course, the first time a major tournament has been marked by a player biting the opposition, Luis Suarez famously getting his sizable gnashers around Giorgio Chiellini’s bony torso at the World Cup in Brazil in 2014.

It does make you wonder what’s going on. Is there not enough food available at the players’ hotels during these events?

Rudiger did a Suarez on Pogba 😭😂😭 pic.twitter.com/UZJAo09HA2