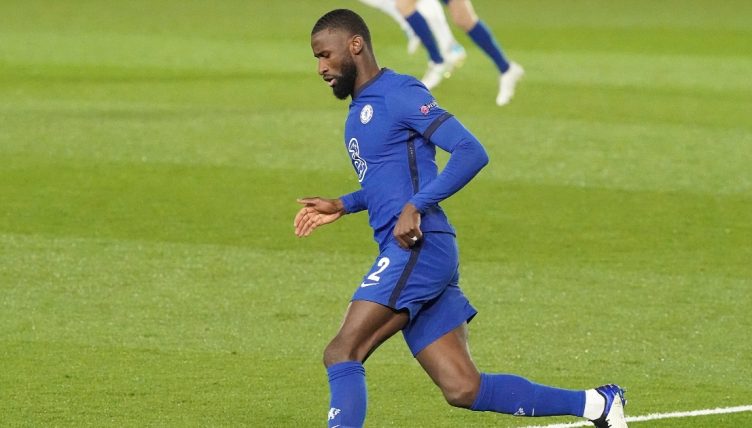 Chelsea welcomed Real Madrid to Stamford Bridge for the second leg of their Champions League semi-final on Tuesday night and the Blues got off to the perfect start.

Thomas Tuchel’s side had the edge going into this one, having claimed an away goal in the 1-1 draw in Madrid last week, and they improved their position.

With 28 minutes on the clock, N’golo Kante broke forward, feeding the ball to Kai Havertz whose ambitious chipped effort looped onto the bar.

However, Timo Werner was in the perfect place at the perfect time to nod home the opener on the night, moments after he’d seen a goal ruled out for offside.

But Antonio Rudiger was not keen to rest on 1-0. Three minutes after Werner’s goal, he battered his way into midfield, winning the ball first off Casemiro and then Luka Modric. In the process he released the German down the left-wing.

Seeing his opportunity to write his way into the headlines, Rudiger set off on a gut-busting sprint into the Madrid box, only for Werner’s pass to have too much on it.

Take a look at his comical run below.