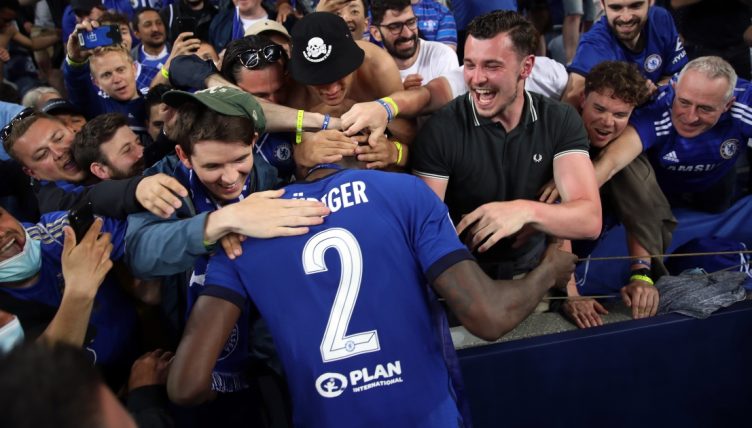 Chelsea upset the pre-match odds with a 1-0 win over Manchester City in the Champions League final in Porto.

Rudiger was involved in the game’s main controversy after bodychecking Kevin de Bruyne in the second half which left him unable to continue.

But the Germany international also put in an immense shift in defence and celebrated Chelsea’s victory with suitable aplomb.

Our eyes were initially drawn to Kepa Arrizabalaga’s cute little shuffle and the teacher-esque finger-wagging of Cesar Azpilicueta.

But Rudiger entered our shot with a peculiarly manic fly-swatting movement that his teammates did well to ignore.

All in all, Rudiger showed why the more excitable corners of Chelsea Twitter have taken to calling him ‘John Terry Junior’.