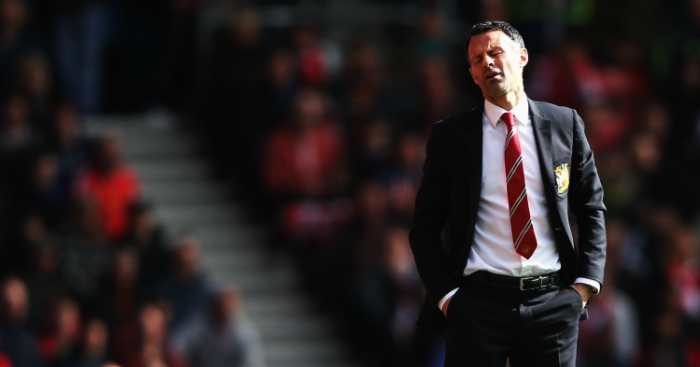 Wales supporters have been given a taste of what to expect from Ryan Giggs’ management after a video emerged on Twitter showing the final team talk he gave while in caretaker charge of Manchester United.

Giggs was appointed Wales’ new manager on Monday afternoon, replacing Chris Coleman in what represents his first permanent role as a boss.

The 44-year-old’s only previous experience as a manager came at the end of the 2013-14 season when he took charge of Manchester United for four games following the sacking of David Moyes.

United beat Norwich 4-0 and Hull City 3-1 at Old Trafford but were beaten 1-0 by struggling Sunderland at home before a 1-1 draw with Southampton on the final day of the season.

And Giggs’ team talk prior to that draw, which was recorded as part of the Life Of Ryan documentary, has surfaced on social media.

We’ll leave it to you to decide how inspiring his words are.