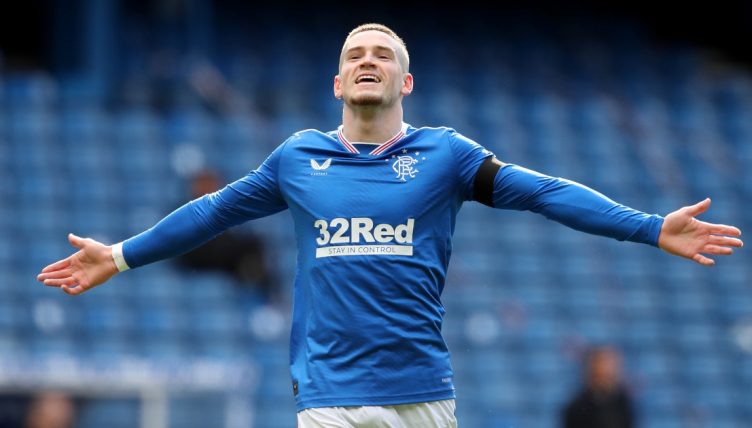 Rangers sewed up the Scottish title, their first since 2011, weeks ago but they still have plenty to play for – their next match is a Scottish Cup tie against arch-rivals Celtic.

With that in mind, it was important to maintain form in their latest league match. And Kent, who joined from Liverpool in 2019, did just that at Ibrox.

His goal, Kent’s 12th of the campaign, was spectacular. Cutting in from the right flank, the winger executed an inch-perfect step-over before rifling home a long-range effort.

The Hibs goalkeeper, Ofir Marciano, stood no chance of keeping Kent’s shot out.

After the game, Rangers boss Steven Gerrard told reporters: “We deserved to take the lead. Joe controls his finish really well and then Ryan has scored a world-class goal. It’s another contender for goal of the year.”