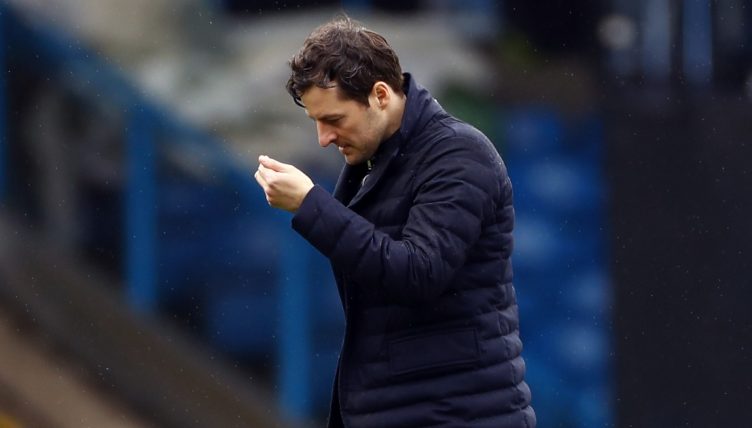 Interim Tottenham manager Ryan Mason was left equal parts fuming and perplexed after VAR intervened to disallow a Harry Kane goal in their 3-1 defeat away to Leeds United.

Marcelo Bielsa’s Leeds put in a strong performance, costing Spurs three vital points in their bid to qualify for the Champions League, but Mason believed the game’s flashpoint came midway through the first half when a legitimate-looking Kane goal was chalked off.

Spurs had responded to Leeds’ opener after Dele Alli did well to set up Son Heung-min for the equaliser, and again it was Alli involved, setting up Kane who finished well and appeared to have been level. But replays deemed that the England captain was a matter of millimetres offside, resulting in the goal being disallowed.

Leeds regained the lead shortly after and went on to double it late on.

“At 1-1 there was an offside decision and I’m shocked,” Mason told BT Sport in his post-match interview.

“I don’t think it was right. People don’t understand momentum in football and how those decisions can affect you.

“I’ve seen it back. My first look, second look and 10th look tell me that it’s not offside. At 1-1 it’s a big moment. In my opinion they got that one wrong.”

Dele Alli so close to producing another lovely assist! pic.twitter.com/pnHuxbAxmD

"At 1-1 there is an offside decision I'm shocked at. I can't believe it is given offside to be perfectly honest."

Here’s the offside as it happened:

Watch: Erik Lamela tries another rabona, passes the ball straight out of play