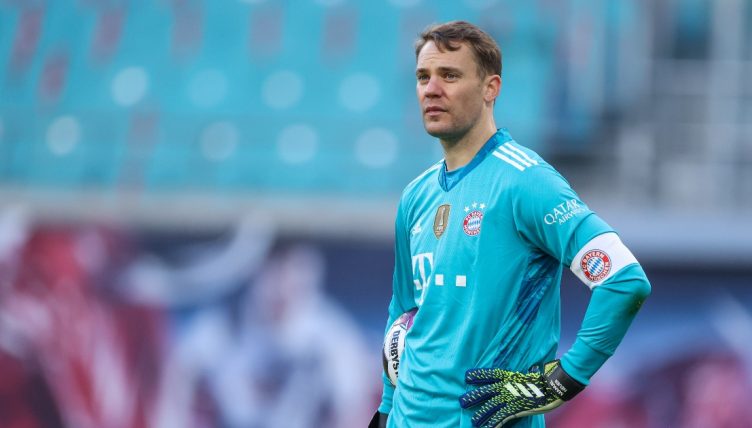 Bayern Munich picked up a huge win against title-challengers RB Leipzig on Saturday to move seven points clear at the top of the Bundesliga – and they largely had Manuel Neuer to thank.

With Robert Lewandowski sidelined through injury, Hansi Flick’s side was always going to struggle for goals themselves, so keeping them out at the other end would be key.

The goal, when it came, was from a surprising source. After Thomas Muller had taken down a long-ball from Benjamin Pavard, he cut the ball back to Leon Goretzka who rifled a finish into the roof of the net.

But with Marcel Sabitzer in their ranks, Leipzig were always going to cause a threat. The midfielder has caught the eye of the likes of Manchester United with six goals and two assists in the Bundesliga and he nearly scored his best yet.

As the ball fell the way of the Austrian, he hit a sweet shot from all of 25 yards, and it looked destined to nestle in the top corner.

But Neuer had other ideas, leaping athletically to his right to tip the ball to safety and help ensure the 1-0 win.