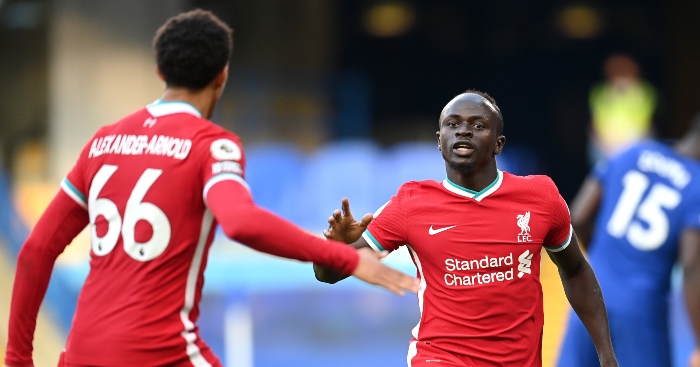 Despite being one of the best right-backs in the world, Trent Alexander-Arnold has been brutally mocked by Liverpool team-mate Sadio Mane.

Alexander-Arnold registered 13 Premier League assists in 2019-20 but defending is the one area of his game that has come under some scrutiny.

While Mane is widely regarded as one of the nicest guys in football, he decided to take the mick out of his team-mate during a video for EA Sports.

The Senegal international was asked to predict Alexander-Arnold’s defensive rating in FIFA 21 and cheekily gave him 45 out of 100, leaving the full-back distinctly unimpressed.

He actually has an overall rating of 87 on FIFA 21 and his defending is at 80, quite a bit higher than what Mane gave him.

The £242.5million profit Liverpool have made in sales due to Michael Edwards