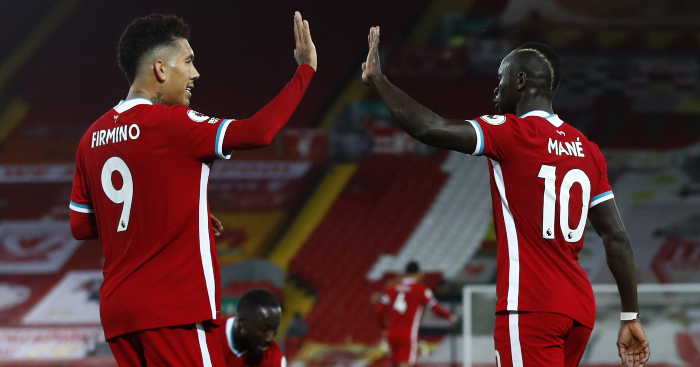 Sadio Mane certainly left his mark in the opening minutes of Liverpool‘s clash with Arsenal at Anfield.

Fresh from bagging two goals in the Reds’ 2-0 win at Chelsea last time out in the Premier League, Mane continued his good form with the equaliser on Monday night after Alexandre Lacazette had put Mikel Arteta’s side ahead.

But the Senegal forward had actually made his mark within two minutes of the kick-off when Kieran Tierney maybe got a little more than he bargained for.

After Mane’s first touch got away from him, he and Tierney raced to keep the ball in. But the Gunners left-back got a Mane arm in his face for his sins, which he probably wasn’t expecting, especially from someone who is always smiling.

The Liverpool man picked up a yellow for the foul and Tierney spent a bit of time on the floor — probably seeing if he had all of his teeth left.

Could Sadio Mane have been shown a red card for this? 🟥