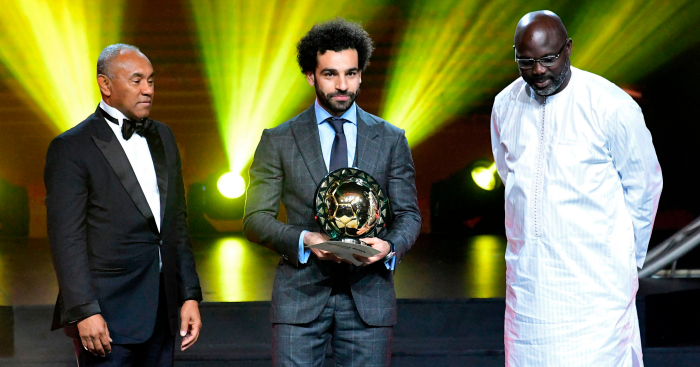 Mo Salah beat competition from Liverpool team-mate Sadio Mane to be named African Player of the Year for the second consecutive season at an awards ceremony in Dakar on Tuesday night.

Salah’s award came off the back of a stunning goalscoring season in which he helped Liverpool reach the Champions League final.

Reds team-mates Mane and Naby Keita were named in the African Team of the Year alongside Arsenal’s Pierre-Emerick Aubameyang.

But the moment of the night came when Salah took to the stage to collect his award and was encouraged to dance by Mane.

It’s nice to know that Salah has learnt his dance moves from Carlton from The Fresh Prince of Bel-Air.