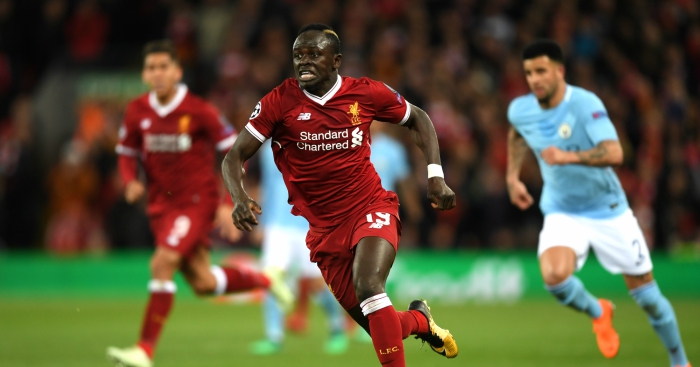 Liverpool produced a stunning performance to beat Manchester City 3-0 in the first leg of their Champions League quarter-final – with Pep Guardiola’s men unable to cope with the pace and intensity of the Reds’ attack.

Much was made before the clash about the effect Anfield could have on both Liverpool and City, and the hosts were roared on by their fevered support, while the visitors struggled to cope with the atmosphere – especially after their team bus was pelted with cans and bottles upon its arrival.

Liverpool blew City away in the opening half hour, with Mo Salah setting the Reds on their way with the first goal after 12 minutes.

Alex Oxlade-Chamberlain then doubled their lead with a thunderous strike from long range, before Sadio Mane made it 3-0.

And Mane summed up the difference in the first half when he left Nicolas Otamendi for dead thanks to some quick feet.

How Liverpool’s home and away record in UCL knockouts compares