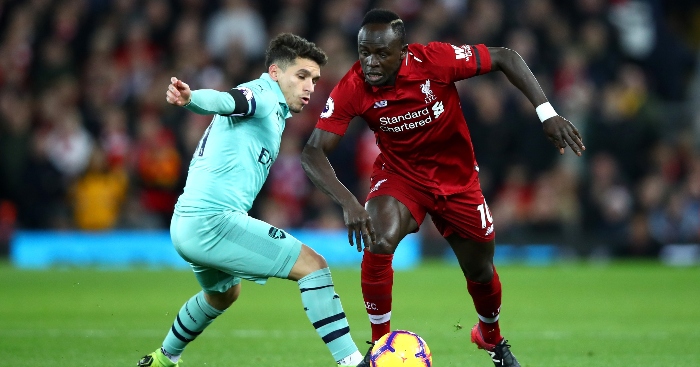 Arsenal’s summer signing Stephan Lichtsteiner arrived in England with a reputation for the dark arts, and he’s living up to the hype.

The 33-year-old full-back has riled a number of Premier League opponents so far, and Sadio Mané is just the latest player to let the veteran Swiss international get to him.

Watch below as Mané puts his hands around Lichtsteiner’s neck, getting away with it as he regains his composure to pull away as referee Michael Oliver looks on.

It appears that the Liverpool man is reacting to a stray elbow: