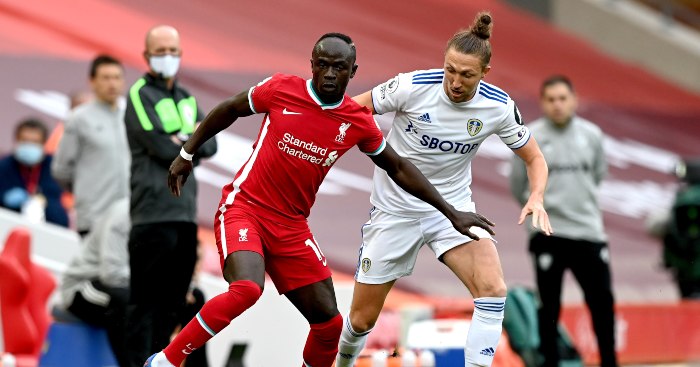 Sadio Mane was kept relatively quiet by his own high standards in Liverpool‘s frantic 4-3 victory over Leeds United at Anfield – but the forward still managed to leave his mark on Luke Ayling with a brilliant nutmeg.

Mane had to watch on while fellow forward Mo Salah stole the plaudits with a hat-trick as Liverpool were given a fright by newly-promoted Leeds, who pegged the Reds back on three separate occasions on Saturday night only to succumb to defeat as Salah scored a late penalty.

But Mane still managed to get in on the fun in the opening 45 minutes as he was hassled back into his own half by Leeds right-back Ayling.

The Senegal star showed the strength to hold off Ayling before turning, lining him up, and swiftly nutmegging the defender before launching a Liverpool counter.

Leeds showed plenty of quality to suggest they’re going to trouble teams this season, but as Ayling found out, so do the opposition.