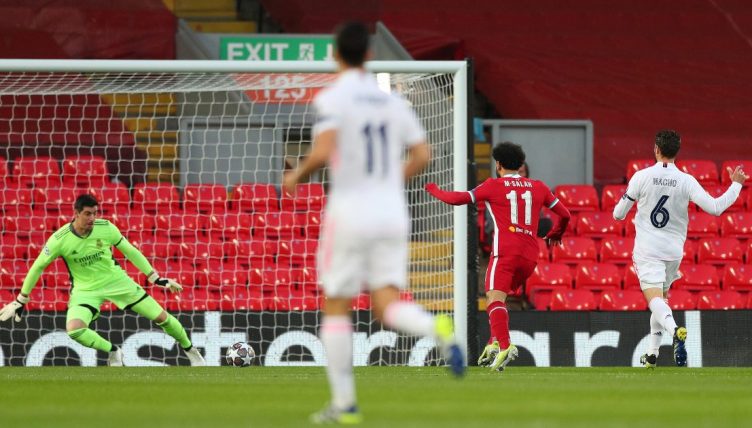 Mo Salah missed a huge chance to give Liverpool‘s hopes of a comeback against Real Madrid an early boost at Anfield on Wednesday night.

Trailing 3-1 from the first leg in Spain, Liverpool were forced to try to recreate one of their fabled European nights at Anfield without their supporters inside the ground.

There were ugly scenes outside the stadium, where Real Madrid’s coach was left with broken windows after being hit with objects thrown by fans.

With tensions high in a spicy first half, Liverpool made a fast start and should have taken the lead less than two minutes into the game as a long pass from Ozan Kabak presented Sadio Mane with the chance to tee up Salah.

Mane obliged, but Salah fluffed his lines and placed the ball straight at Thibaut Courtois with only the goalkeeper to beat.