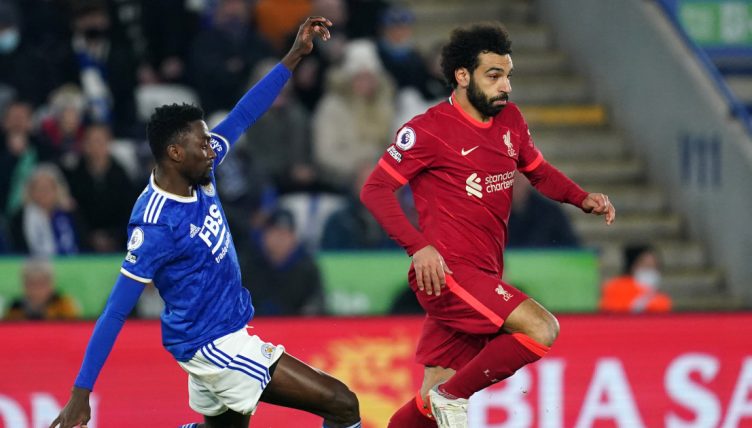 Mo Salah missed an open goal after his penalty was saved by Kasper Schmeichel, hitting the crossbar when faced with an open goal in a shocking, uncharacteristic miss during Liverpool and Leicester City’s Premier League match.

Salah was brought down in the Leicester box by Wilfred Ndidi after a stunning Jordan Henderson pass picked out the Egyptian.

Ndidi committed to a challenge, catching Salah’s trailing leg who fell to the ground and was awarded a penalty.

Salah stepped up confidently and fired to the left of the goal, but Schmeichel went the right way and palmed the ball away.

It was only the third penalty that Mo Salah has ever missed for Liverpool, but he immediately had the chance to atone for his sins when the ball bounced up in front of him with the goal completely empty.

Salah jumped to meet the ball, but it hit the crossbar and rebounded out before Leicester were able to claw it clear.

It was a stunning miss from Salah who has otherwise been on electric form all season.

He had netted three of the four penalties he had taken so far this season prior to facing Schmeichel, Mike Maignan being the only other goalkeeper to deny the Liverpool player when they played AC Milan in the Champions League.

The Egyptian had previously scored the last 15 consecutive penalties in the Premier League, last failing to score in 2017 when Huddersfield’s Jonas Lossl denied him.

MO SALAH DENIED FROM THE SPOT!

Kasper Schmeichel guesses the right way to save the Egyptian's penalty! 😲