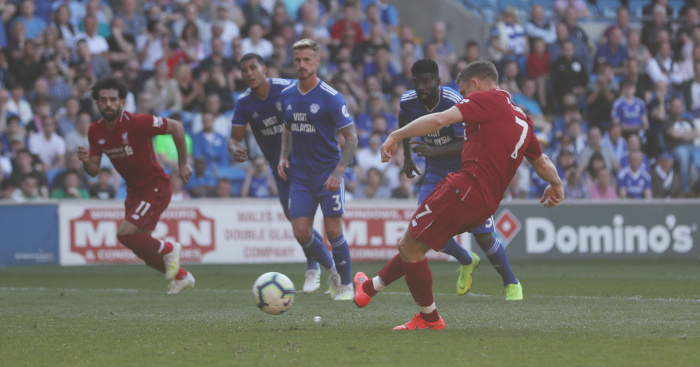 Mo Salah played a crucial role in Liverpool‘s 2-0 victory over Cardiff City on Sunday – but the forward was still unhappy that he was not allowed to take the penalty which James Milner converted to secure all three points.

Liverpool returned to the top of the Premier League with a hard fought victory in Wales which could have been very different were it not for a crazy second half performance from Cardiff’s Sean Morrison.

After a goalless first half, Georginio Wijnaldum opened the scoring before Salah won a late penalty.

The Egypt international wanted to take the penalty himself with the chance to move to the top of the Premier League goalscoring charts, but regular penalty taker Milner was not having any of that.

Thankfully, Milner converted the penalty with aplomb, otherwise this would have been slightly awkward.