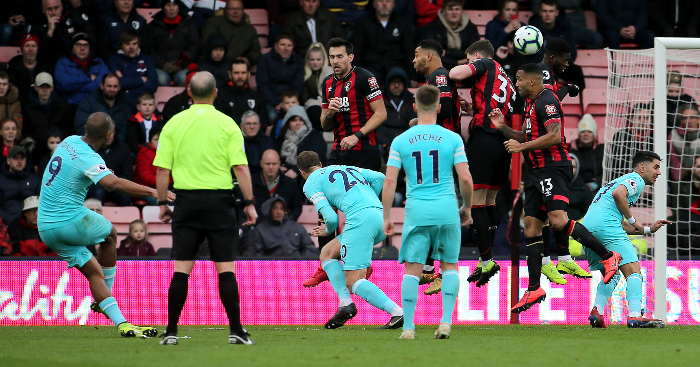 Newcastle‘s Salomon Rondon is enjoying a good season for Newcastle, and had his best moment yet as he whipped in a free-kick against Bournemouth.

The Venezuelan striker has now equalled his best Premier League tally of nine goals. He’s been a lively presence lately, and he won a penalty, scored and assisted as the Magpies came back from two goals behind to beat Everton 3-2 last weekend.

This free-kick, which was won after some tireless running from Miguel Almiron, was sent in from some distance. There might be questions of Bournemouth’s Artur Boruc though, as it didn’t quite go in the corner.