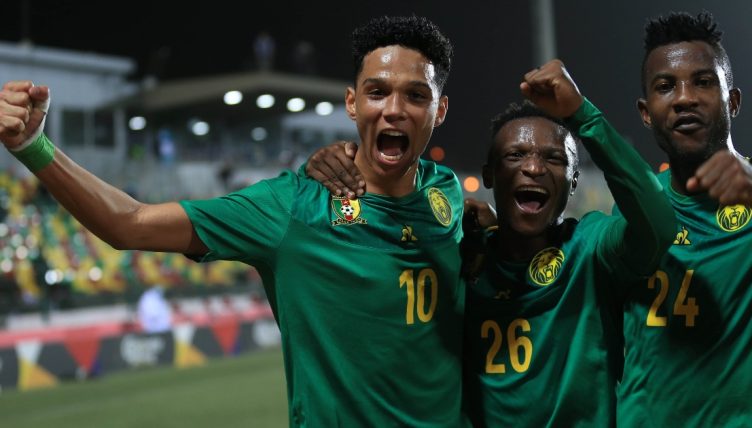 If Erling Haaland’s rapid rise to becoming one of the best players in European football makes you feel old, then look away now: Etienne Eto’o Pineda, son of Barcelona and Inter Milan legend Samuel Eto’o, looks a great prospect too.

It was little more than a decade ago that Eto’o senior was winning back-to-back trebles after moving from Barcelona to Jose Mourinho’s Inter, and already his son is tearing it up on the international stage.

Representing Cameroon just like his old man, Eto’o Pineda marked his first Under-20s start with a pair of goals in an emphatic 4-1 win over Mauritania, booking their place in the knockout stage of the Under-20s AFCON.

The 18-year-old was born in Palma in 2002 whilst his father was playing for Mallorca, and was raised in the Balearics, but he’s chosen to represent the country of his heritage rather than Spain. He represents Real Oviedo’s Under-19s at club level.

Being the son of one of the best players of his generation will no doubt weigh heavy on the youngster, but scoring free-kicks like this is one way to mark your mark on your own terms.

Nice free-kick goal from Etienne Eto'o Pineda, son of Samuel Eto'o, for Cameroon U20 vs Mozambique at #U20AFCON 🇨🇲⚽️ pic.twitter.com/E0yevjxrHc