Watch: Sancho and Haaland combine for great goal on the counter-attack 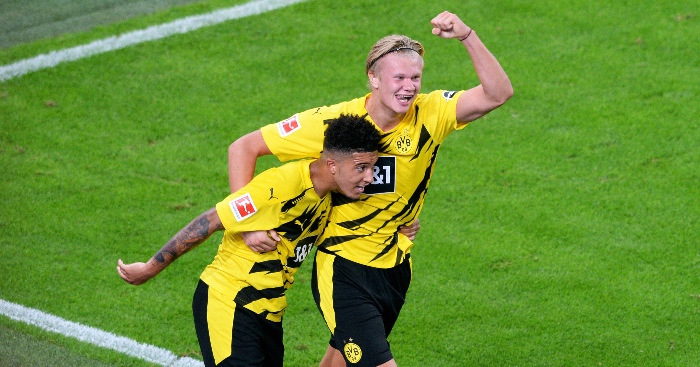 Despite being heavily linked with a transfer to Manchester United, Jadon Sancho continues to excel for Borussia Dortmund.

Dortmund began their Bundesliga campaign at home to Borussia Monchengladbach and Sancho was named in their starting line up.

Jude Bellingham, who joined the Bundesliga side from Birmingham City in the summer, set up the opener for teenage team-mate Giovanni Reyna in the first half.

Erling Haaland then picked up where he left off last season and doubled Dortmund’s lead from the penalty spot in the 54th minute.

Sancho and Haaland have already struck up an effective partnership on the pitch and the pair combined for an excellent goal on the counter-attack in the 77th minute.