Watch: Sancho explains how Reus & Gotze have helped his career 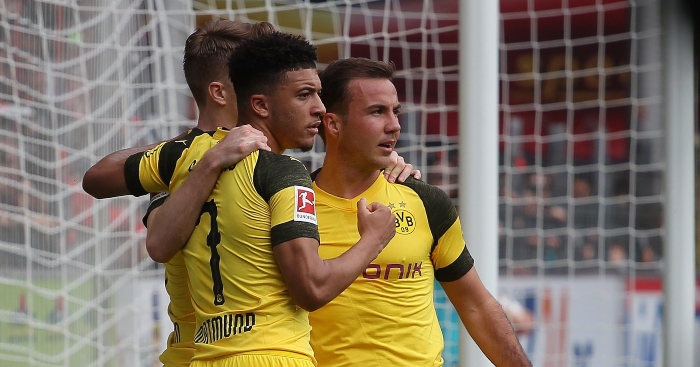 Jadon Sancho says the likes of Marco Reus and Mario Gotze act as a calming influence whenever he experiences tough spells at Borussia Dortmund.

Former Manchester City starlet Sancho has taken the Bundesliga by storm since moving to Germany in in 2017.

The 19-year-old spoke alongside Lionesses star Jordan Nobbs about the resilience required to bounce back from difficult moments, with Arsenal midfielder Nobbs having missed the summer’s Women’s World Cup after suffering a serious ACL injury.

Watch the video, courtesy of Head & Shoulders, below.

Head & Shoulders, Official Hair Care Partner of the England Football Teams and the UK’s No1 anti dandruff shampoo brand, spoke to Jadon Sancho and Jordan Nobbs as they trained with a group of teenagers at St George’s Park to help build confidence in the next generation