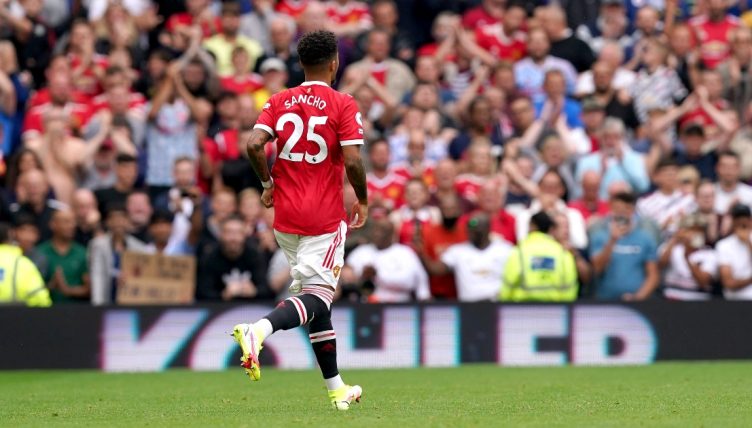 Manchester United started the new season with a bang, hammering old rivals Leeds United 5-1 at Old Trafford and, although he did not get in on the scoring, there was a debut for Jadon Sancho.

The winger was brought in from Borussia Dortmund in the summer for £73million and big things are expected from him. But Ole Gunnar Solskjaer did not really need him on the opening weekend.

Bruno Fernandes fired the hosts in front in the first half only for Luke Ayling to level the scores with a stunning goal at the start of the second 45.

But United bit back quickly with three goals in eight minutes. First Greenwood finished smartly before a sharp double from Fernandes secured him the match ball. Paul Pogba notched his fourth assist of the day eight minutes later, crossing perfectly for Fred to score.

Sancho’s introduction came with 15 minutes remaining, replacing Dan James. Unsurprisingly, the 21-year-old was given a deafening reception from his new fans. It’s so good to have stadiums packed again, isn’t it?