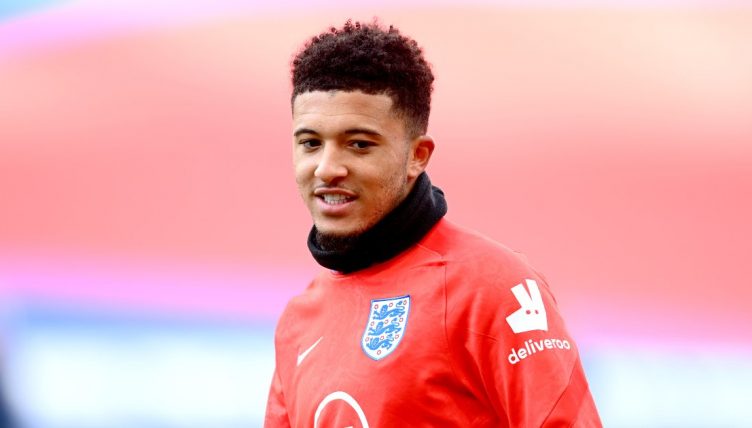 Manchester United target Jadon Sancho showcased his brilliant skills in England training ahead of their Euro 2020 opener against Croatia.

Sancho has been a revelation for Borussia Dortmund since leaving Manchester City in 2017, scoring 50 goals and providing 64 assists in 137 games for the German club.

The 21-year-old has reportedly agreed personal terms with United ahead of a possible move but is currently focusing on the Euros with England.

“I’m cool about it,” Sancho recently told talkSPORT. “There’s always going to be speculation, especially when you do well.

“It’s just how you handle that on the pitch. You’ve got to keep doing what you’re doing, if you keep on doing that then I’m sure that won’t be a problem. The main thing is my football and that’s what I’m focusing on at the moment.”

Sancho was clearly enjoying himself in a recent training session, producing a few keepy-uppies before finding the back of the net from a ridiculous angle.