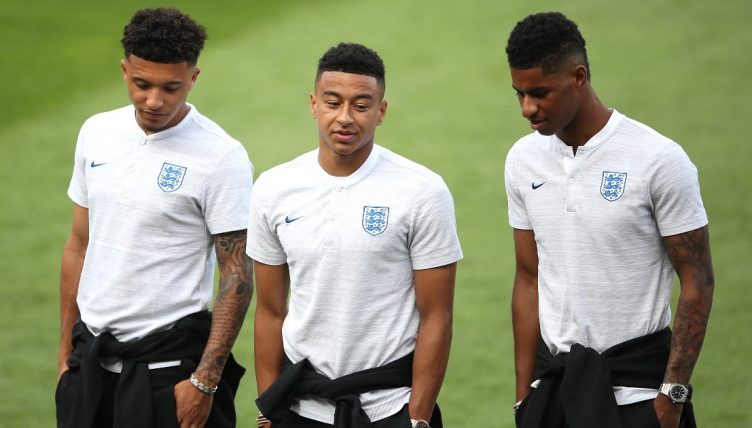 Jadon Sancho is finally, officially, a Manchester United player. He’s given his first interview and spoken about how three old acquaintances will make him feel at home in the dressing room.

The Camberwell-born, former Manchester City academy graduate has received 22 caps for England since he made his debut in 2018 and was part of Gareth Southgate’s squad for Euro 2020 alongside United trio Luke Shaw, Jesse Lingard and Marcus Rashford.

Southgate faced some criticism for only playing Sancho in a peripheral role during England’s run to the final this summer. The 21-year-old has been prolific in terms of registering goals and assists for Borussia Dortmund over the past couple of seasons, but he was only handed one start and totalled fewer than 100 minutes at the tournament before the ill-fated decision to bring him on to take a penalty in the shootout against Italy.

United’s announcement video featured the winger stating “this is my club, this is where I belong” and he certainly looked happy and comfortable speaking to the camera for the first time in a United shirt.

Sancho mentioned how he’s felt “closer and closer” to Lingard and Rashford in particular over the years as an England player, which we could see translate onto the pitch in the Premier League soon enough.