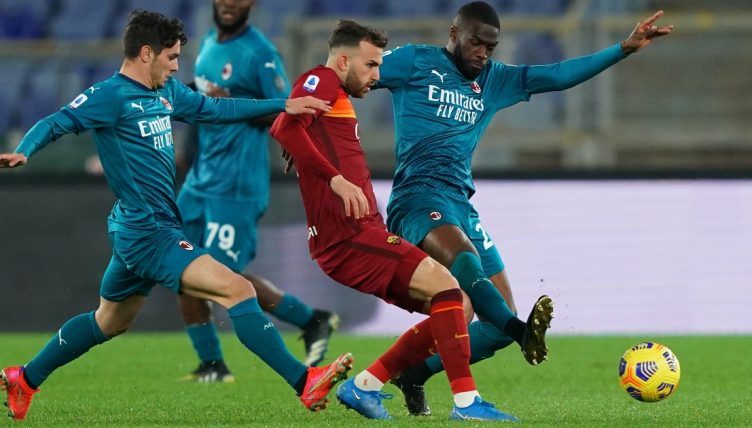 Chelsea loanee Fikayo Tomori has adapted well to life on loan at AC Milan, and the defender made a brilliant last-ditch block to deny Roma’s Lorenzo Pellegrini on Sunday.

The decision to allow Tomori to spend the second half of the season at AC Milan was made before Thomas Tuchel arrived as Frank’s Lampard’s successor, but the German coach will be keeping tabs on his progress.

The Blues haven’t exactly struggled defensively in Tuchel’s tenure so far, conceding just two goals in the nine games he’s taken charge of in all competitions, but you can imagine the new boss will have plans for the talented centre-half next season.

Taking on Roma at the Stadio Olimpico on Sunday evening, Milan bounced back from their disappointing 3-0 defeat in the Milan derby by coming away from the capital with a 2-1 win to stay within four points of their city rivals at the top of the Serie A table.

But they might not have taken three points were it not for these brilliant last-ditch interventions from Tomori and 20-year-old Italian international midfielder Sandro Tonali.

Where are they now? Chelsea’s past Academy Player of the Year winners